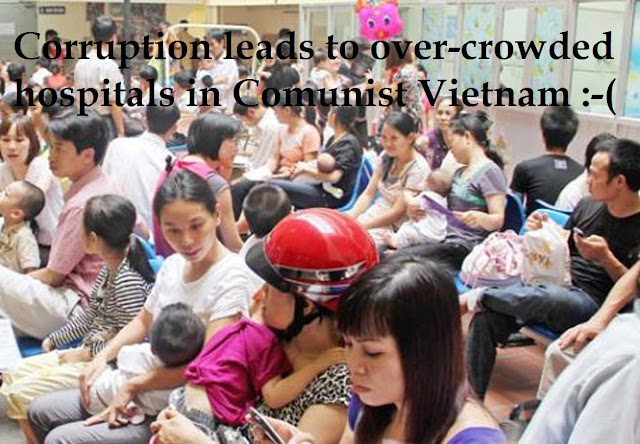 Seven patients had turned up with multidrug-resistant tuberculosis; four had been cured, two had died — and one had simply disappeared.

It’s a story repeated throughout Vietnam. The nation once was racked by a tuberculosis epidemic, one of the worst in which HIV was not the driving force. But officials fought back fiercely.

Twenty-five years ago, battered by the aftermath of a long war, chronic poverty and a heavy-handed government isolated from much of the world, Vietnam had nearly 600 cases of tuberculosis for every 100,000 residents. Today, it has less than 200.

The country boasts a 90 percent cure rate for uncomplicated tuberculosis and cures 75 percent of its drug-resistant cases, easily beating the global average of 50 percent.

Indeed, public health officials worldwide have made remarkable progress against tuberculosis. Deaths from the disease have fallen drastically since 2000, according to the World Health Organization. Tuberculosis has been halted or reversed in 16 of the 22 countries that account for the vast majority of cases.

But Ban Ki-moon, secretary-general of the United Nations, last week warned that the fight was "only half won" and estimated that 1.5 million people worldwide would die of the disease this year.

There is no better example of how fragile this success might be than Vietnam. Hospital wards are packed dangerously full, raising the risk that drug-resistant strains will spread.

The easy-to-reach patients have been treated, and many of the rest are the hardest to help: heroin-addicted couriers and laborers from the poppy fields of the nearby Golden Triangle, and mountain villagers who do not speak Vietnamese and are barely connected to the health care system.

But the biggest threat is that money is close to running out.

"Our TB program is cost-effective and has great impact," said Dr. Nguyen Viet Nhung, its national director. ‘‘But I always emphasize that this is a preliminary success. We need to sustain it.’’

To reach Vietnam’s ambitious goal of pushing prevalence rates down to 20 cases per 100,000 residents — essentially eliminating tuberculosis as a public health problem — its tuberculosis-control program needs to spend at least $66 million a year. It now spends about $26 million a year.

About $19 million of that comes from foreign donors, with more than one-third from the United States, Nguyen said.

After years in the shadow of the AIDS epidemic, tuberculosis is regaining its notoriety as one of the world’s great killers: an airborne bacterium that spreads easily among people living crowded together — in jails, ships, mines, trenches or slums. It insinuates itself deep in the lungs and grows, slowly tearing apart the tissue until victims are coughing up blood.

Tuberculosis now kills more people around the world than AIDS does, according to the WHO: 4,100 a day, compared with 3,300 dying of AIDS, making tuberculosis the leading infectious cause of death in the world.

Mortality from both diseases is dropping, but tuberculosis deaths have fallen more slowly, especially in Asia.

Vietnam’s success where so many other nations have failed is not just because of donor money, said Dr. Mario C. Raviglione, director of the WHO’s global tuberculosis program.

"It succeeds because it’s a Communist country," he said. "Socialist countries put a lot of resources into primary care: lots of doctors, lots of clinics. And once central government adopts a thing, they really do it. They give orders."

Tuberculosis is an ideal disease for a regimented treatment approach.

Almost all patients with "uncomplicated" tuberculosis — bacteria that are not drug-resistant — can be cured if they take a standard menu of four antibiotics every day for six months without fail.

The pharmaceutical-supply chain, the Achilles’ heel in many tuberculosis-ridden countries, is impressive. On a week-long tour of urban and rural clinics, not one nurse or patient reported ever running out of drugs.

Those neighborhood clinics — usually just a few examining rooms, a small pharmacy and a parking lot — are as ubiquitous here as police stations and firehouses in the United States.

They treat many illnesses, but their role in tuberculosis is simple: Every tuberculosis patient in the district reports once a day to take his or her pills in front of a nurse. Each dose taken is checked off on a yellow card.In New York City’s outbreak of drug-resistant tuberculosis in the 1990s, officials legally locked up patients who refused to take their pills. The rare noncompliant patient here faces no such threat.

"We can’t do that," said Dr. Le Minh Hoa, director of treatment at Hanoi’s provincial lung hospital. "And besides, we don’t have enough spaces for the people who want treatment."

Patients with drug-resistant disease are especially hard to help. Their medicines, some of which are intravenous, must be taken for two years. They can cause deafness, psychosis and kidney failure. Patients must be hospitalized, their movements restricted to one or two corridors, sometimes for months, until they are no longer coughing up live bacteria.

Hospital wards are full of stooped, forlorn-looking men and women in masks and pajamas waiting to be declared well enough to go home and become a district outpatient.

If they get worse instead of better, the prognosis usually is grim. Extensively drug-resistant disease, or XDR TB, requires even more toxic drugs costing 25 times as much. Most XDR TB patients here die.Dr. Thuy Nguyen Thu, who directs the inpatient unit at the National Lung Disease Hospital, which treats the toughest cases, said four of her staff members had contracted tuberculosis in the past five years. New nurses were nervous, she said.

Thuy had asked for ozone air filters, better fans and safer face masks, "but there are budget limitations."

In the Hanoi Lung Disease Hospital, Hoang Van Toan, a weathered farmer looking much older than his 49 years, sat wrapped in a blanket. He had taken all his pills, he said, but tuberculosis had somehow outwitted them.

The room was bare, with no television or any other diversion. ‘‘I talk to my wife,’’ he said, nodding at the woman sitting on the temporarily empty bed opposite him.

‘‘And I walk for three hours every day at dawn,’’ he added, pointing out the window to a nearby park. He wears a surgical mask as required, he said, but that makes no one nervous in Hanoi; thousands of passing motorcyclists wear them, too.

What made him saddest, he said, is that it is still too dangerous for his grandchildren to visit.

Asked if he would make it through the next two years, he said "Yes," emphatically. "I was a soldier. I fought the enemy. I can fight this."